We clean and restore all types of roofing materials including asphalt shingles, tiles, cedar shakes and metal roofing. Call us today for a free estimate and appraisal.

We use methods which are in strict accordance with America’s largest roofing manufacturer GAF.

Why Clean Your Asphalt Shingle Roof?

Aside from improving the aesthetics, cleaning your shingle roof can actually help your roof last longer. That’s because those micro-organisms that have infested your roof are actually eating away at the limestone particulars found in your shingles.

Roofs are deteriorating way too fast in places like Seattle.

Whether you have an asphalt shingle, tile, cedar shake, or another type of roof, you will eventually get those ugly black streaks that can eventually take over your entire roof. Those black streaks on your roof are actually a form of algae called Gloeocapsa magma (a type of blue-green algae commonly found in climates with warm, humid summers) and they are eating away at your asphalt shingles. Algae will cause you to replace your roof prematurely, costing you thousands of dollars.

Roofs on average are being replaced in Seattle & surrounds of Washington within 10-15 years when they should be lasting 20-30 years, depending on the quality of the shingle and varies other factors.

Cleaning your roof as required, not only vastly improves the street appeal of your home or property, but it can also prolong the lifespan of your roof by more than double.

A SOFT WASH non-pressure roof cleaning service will remove those ugly black streaks immediately and return your roof to its original condition.

We use 100% environmentally safe, non-toxic roof cleaning products that are safe for you, your family and the environment. In most

According to Dr Victor H Morgenroth, who is a semi-retired adjunct professor at UM; the ” dirt ” on roofs could actually be causing illness. Here is an excerpt from an article that was written by Dr. Morgenroth.

“It isn’t just aesthetics. While people like to say that dirty roofs lower a property’s value and may make it hard to sell, the “dirt” on a roof actually shortens its lifespan and can even present a health hazard. Furthermore, the “dark stains” on a roof act as a sponge to absorb the sun’s heat, which causes a rise in the temperature inside a home or building, creating higher air conditioning bills.

“The dirt isn’t just dust It’s alive. Some of the black or very dark roof stains are caused by a resilient type of algae, Gloeocapsa magma (a type of blue-green algae commonly found in climates with warm, humid summers). The algae grow in standing water, as well as in our lakes and ponds. The algal spores are carried to our roofs from the water sources by the wind and birds, and then from roof to roof where it grows and feeds on the limestone filler in asphalt shingles and the real dirt on tile roofs maybe in some cases the tiles themselves. Worse still, as the algae grow, they retain water and foster the growth of other roof inhabitants.

The black stains are also very likely to harbor a number of molds or fungi. Unlike algae, the fungi on our roofs lack chlorophyll. They are unable to manufacture food from raw materials. So, it must get nutrition from some form of organic matter. To thrive, these heterotrophs, who used to be called saprophytes, also require a warm, humid environment.

Fungi normally begin their life cycle as an airborne spore that settles on roofs, especially the asphalt-shingle ones. The spores on the northern exposure of the roof stand a better chance of survival because that portion of the roof is the last part to dry after a rain or morning dew. This raises the humidity on the surface of the shingle, thus creating a perfect feeding and breeding ground.

The tar used in roofing is fossilized, dead organic matter — and an important food source for fungi. Asphalt, at the granule base, is normally consumed first. Once these granules dislodge, accelerated deterioration will occur. Ceramic granules represent the outer hard shell that protects against hail and other falling debris. Ceramic granules protect against damaging UV radiation and insulate the roof against extreme heat. So you can understand that their dislodgement by the growing fungal colonies can be detrimental to our roofs’ longevity. Surprisingly, the blue-green algae are also food for the fungi.

While not all mold (fungi) and algae pose a health danger, some are harmful, especially for us older folks, younger children and people who suffer from asthma and respiratory problems. Their spores, which are on your roof, can get inside your home because they end up on the driveway and walkways from rain, and are easily tracked inside. They can even be drawn into our air conditioning systems and eventually populate our ducts. Looking for professional Graffiti Removal in Seattle, Bellevue or surrounds of WA? We can remove graffiti from all … END_OF_DOCUMENT_TOKEN_TO_BE_REPLACED

Looking for professional soft wash roof cleaning services in Seattle, WA? We clean and restore all types of roofing … END_OF_DOCUMENT_TOKEN_TO_BE_REPLACED 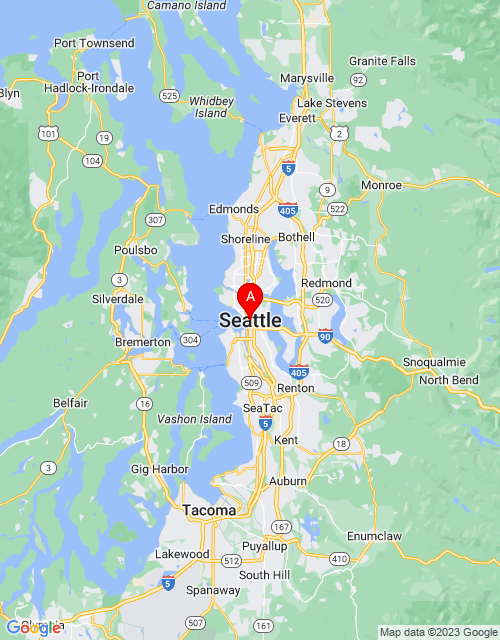